We are pleased to play even a small role in helping to launch the exceptional talents of our Young Musicians Extraordinaire. In 2023, two incredible string players return to our stage.

With a string of accomplishments and awards to her name, cellist Luka Coetzee is increasingly recognized both in Canada and internationally. Her 2020 CD was acclaimed by Fanfare Magazine as “sublime, with an interpretative grasp …. playing of rare quality.”

Violinist Jacques Forestier has performed as a soloist with orchestras around the world, studied with Itzhak Perlman and is one of CBC’s hot young 30 Canadian Classical Musicians under 30 (2021).

We are deeply grateful to our travel sponsor Century 21 for supporting this showcase of our 2022/23 Young Musicians Extraordinaire.

“Sublime, with an interpretative grasp… playing of rare quality.”

Acclaimed by the Fanfare Magazine as “tonally, technically, and musically superb”, Canadian cellist Luka Coetzee (b. 2004) made her solo debut at age eleven with the Calgary Civic Symphony.

Most recently in November 2022 Luka received the first prize at the Pablo Casals International Award. In September 2022 she received the Frans Helmerson Promotional Award at the Kronberg Academy as well as performed as soloist with the Stuttgart Chamber Orchestra. In October 2022 she received second prize as well as the special prize of the jury at the 8th Dotzauer International Competition for Young Cellists. In the same month, Luka performed with the National Philharmonic Orchestra as the first prize winner of the 9th Johansen International Strings Competition in Washington, DC.

As a member of the LGT Young Soloists, Luka has performed in numerous concert halls around the world including Elbphilharmonie Hamburg, Berlin Philharmonie, the Tonhalle in Zurich, Victoria Hall in Singapore, the Rheingau Musik Festival, and at the Woordfees Festival in Stellenbosch, South Africa. In January 2020 Luka recorded and premiered a new arrangement of the Beethoven A major Cello Sonata on NAXOS at the Teldex Studio in Berlin. She has also worked with distinguished guest artists and string quartets including Frans Helmerson, Claudio Bohorquez, Danjulo Ishizaka, Johannes Moser, Hans Jorgen Jensen, Laurence Lesser, the Calidore String Quartet, and the Schumann Quartet.

At the age of one, Luka had her first cello lesson with Christine Bootland. Her previous mentors include John Kadz, Johanne Perron, and Horacio Contreras. Luka also started playing piano at the age of three and finished the Royal Conservatory of Music ARCT diploma piano exam with First Class Honours under the instruction of Derek Chiu. She is currently pursuing her bachelor’s degree in cello performance at the Hochschule für Musik Franz Liszt Weimar with Wolfgang Emanuel Schmidt. Born into a family of musicians, fifteen-year-old Jacques Forestier began playing the violin at the age of two and has since delighted audiences across North America, Europe, and Asia with his passion for music and love of performing. Jacques has won many awards and scholarships, including:

Presently studying with Patinka Kopec and William Vander Sloot at Mount Royal University, Jacques is also a student of Itzhak Perlman, Li Lin, and Catherine Cho of the Perlman Music Program. He was invited by Pinchas Zukerman to attend the Young Artists Program at the National Arts Centre in Ottawa, and accepted on full scholarship to the Morningside Musicbridge program in Boston, MA, and Warsaw, Poland. Jacques was a student-artist at the Biennial Starling-Delay Symposium at the Juilliard School in New York. 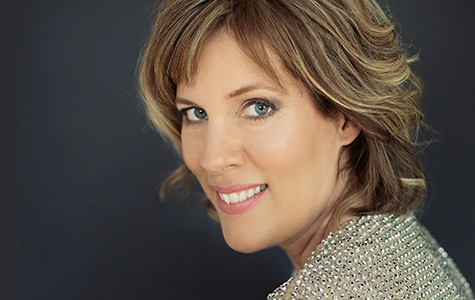 Quoted by the Chronicle Herald as “a superb musician,” Swedish-born pianist Susanne Ruberg-Gordon is a highly regarded chamber musician and collaborative artist. She has performed with artists such as Andres Cardenes, Andres Diaz, Ron Leonard, and Nikki Chooi. She is the pianist and core member of the Juno-nominated contemporary classical music trio, Land’s End Ensemble. Ms. Ruberg-Gordon has been on faculty at the Mount Royal University Conservatory since 1991 where she is the coordinator of Collaborative Pianists. She has also been a Collaborative Artist for the acclaimed Morningside Music Bridge program in Canada, China and Poland since 2001.